For just a moment and since this is Sunday,  I ask that everyone take a moment to speak a word to their higher power about the people facing with Typhoon Haiyan. The pacific rim is being slammed by one of the worst typhoon storms in history and 10,000+ are feared dead.

While stationed in Okinawa, I faced two of these typhoons and the wind were 140 - 160.  Pretty bad storms but not as bad as this one.  With  the winds we faced, large military vehicles were blown.  We must also remember that many of these tiny islands and countries do not have the shelters or places to go.

This is devastating and we all need to pray for the victims of this terrible storm.  Thank your.

BS - 110 this morning.  Having another weekend where not really watching what I am doing as my wife come home Friday night and we had card club Saturday night.  Next week I will get better again.

BP was high at the walk on Saturday so have to check that out at the doctors.

Keeping with the direction I discussed in an earlier post, I will keep Sunday's dedicated to God and science.

What a hard working pancreas

The pancreas is just one of those amazing organs that you just know it took a lot of time, thought, and energy for a higher power like God to design.  No amount of evolution could drive this small organ's abilities to keep the body regulated.

Where is it located?The pancreas is located in the abdomen, tucked behind the stomach. It is shaped somewhat like a tadpole - fat at one end and slender at the other - and is around 25cm in length.


What does it do? The pancreas has dual roles.
1. it is an organ of the digestive system and of the endocrine (hormonal) system. Once food has been mulched and partially digested by the stomach, it is pushed into the duodenum (first part of the small intestine). The pancreas adds its own digestive juices and enzymes to the food, via a small duct attached to the duodenum. This process is said to belong to the 'exocrine pancreas'.

2. The pancreas also produces the hormone insulin, which helps to control the amount of sugar in the blood. This is the role of the 'endocrine pancreas'.

It is this second function that hurts all diabetics - Type I and Type II.  But let's stop for a moment and say what is going on here.  Your blood is carrying the insulin and sugar to cells so they can absorb the right amount of sugar.

Sometimes the pancreas does not produce enough insulin and the blood glucose levels rise.  Other times, the cells do not absorb the sugar and feel starved so they ask for more sugar and it is produced.

Think of a very smart computer constantly checking to see if the amount of sugar in the blood stream if correct.  That takes some very sophisticated technology to make that work.

For normal human beings - it works fine.  For diabetics, something is wrong and the body needs help.

Science to the rescue

There is a great article in WebMD, http://diabetes.webmd.com/features/4-new-high-tech-tools-to-help-control-diabetes  that identifies how science is building technologies to help diabetics coop with their disease.  I will cover the highlights here.
Each diabetic knows the true answer is to test constantly, know your sugar levels, your carbohydrate intake, and to know what fuel the body needs to function properly.

In yesterday's post, I mentioned an 11 year old girl who got on the stage to discuss her life with Type I diabetes.  Her life consisted of constant monitoring, sticking her fingers 9-10 times a day, and then adding insulin when she needed it. 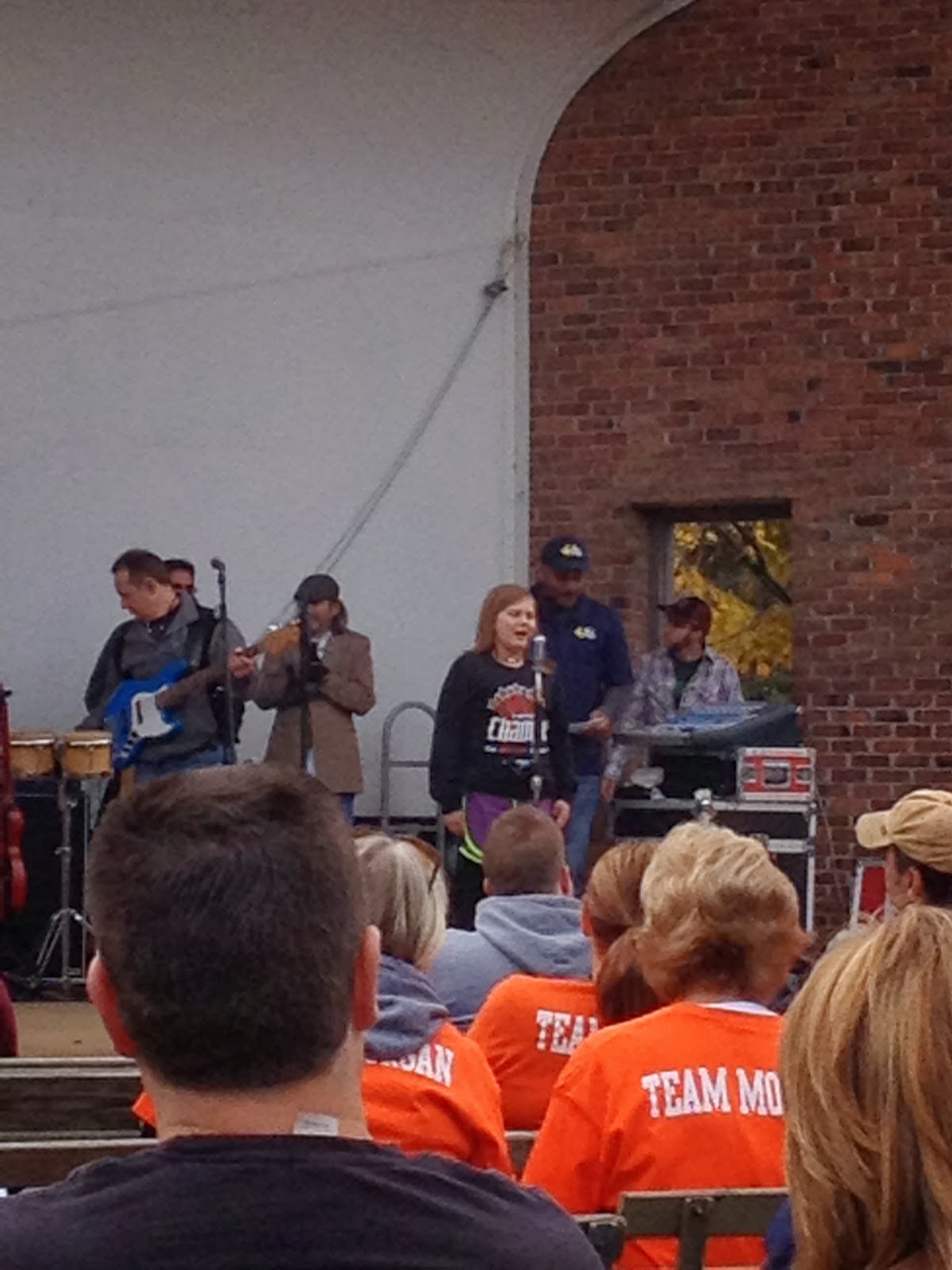 She now uses technology to help manage her daily life.  She has an insulin pump and a constant blood glucose monitor hooked up.  As mentioned in WebMN, the following 4 technologies are helping diabetics make it through the day, the week, the month, the year, and through their life - 5 minutes at a time.

Many people with diabetes lance their fingers 2 or more times a day to check glucose levels. But even with as many as 9 finger sticks a day, patients still spend less than 30 percent of the day in a normal range, Kowalski says. "It's often a teeter-totter that a person with diabetes stands on."

Now, imagine getting a glucose reading every 5 minutes. That's 288 readings in 24 hours -- or almost 100 times what one would get with 3 finger sticks a day.

Thanks to the continuous glucose monitors (CGMs), this is possible. With a CGM, the user inserts a disposable, needle-like sensor under abdominal skin. The sensor measures glucose in tissue fluid, not blood. The sensor then transmits the data every 5 minutes to a monitor.

Patients who use insulin now have another option besides stand-alone CGMs. Medtronic's MiniMed Paradigm REAL-Time is the first combination CGM and insulin pump.

"Patients can both monitor their blood glucose and administer insulin therapy through the insulin pump."
It's not an automated system; patients must still make decisions about insulin dosing. But the Juvenile Diabetes Research Foundation hailed it as a "significant step" toward one of its major research priorities: That is development of an external, artificial pancreas that could someday automatically measure glucose and deliver insulin -- much like the real thing.

Increasingly sophisticated software programs allow patients who use regular blood glucose meters to track and analyze trends, Klonoff says. Patients can download stored data from their meters onto a computer through a USB port. Then, for example, they can view charts that show what percentage of time their glucose levels were within normal ranges, as well as above or below normal.

When the Omnipod Insulin Management System came on the market in 2005, it signaled a new generation of pumps. These were small, disposable, worn directly on the skin, and concealed under clothing.
Continue reading below...
"It's a completely different animal. It's the size of a small half-kiwi or a small Matchbox car," says Elizabeth Vivaldi, director of marketing at Insulet Corp., maker of the Omnipod. The pump, a compact "pod," weighs only 1.2 ounces when its insulin reservoir is full.

"You can hide it. People don't need to know," says Kowalski, who wears an Omnipod. He says that many people resist conventional insulin pumps. They're typically worn on one's belt like a small cell phone, with short tubing to deliver insulin through a needle inserted under abdominal skin. Many people dislike hooking up the pump and they try to conceal the tubing.

The following picture is a good picture of how some of these modern medical miracles are hooked up:

You have to love it when science helps God help us diabetics.

God please continue to give us intelligent people who are inquisitive and want to develop modern technology to help all of us.  Thank your for those that you have given us.  Thank you for the help you brought an 11 year old girl and to help her live a better life style.

Please leave your comments or suggestions - looking to getting some good discussions going. Tell me what you have tried and what has or has not worked.

Thanks for the support